Do you really know what issues your customers are experiencing when using your digital services? How long does it take for a transaction to go through? How many transactions fail on the first attempt? How often are sessions interrupted, or never make it to your service API in the first place? And more importantly, how many potential customers fail to return and how much business are you losing in the process?

When one deals with a service that is delivered over digital channels and your only feedback is the analytics, stats and logs provided by the application, then your only reference as to whether it’s successful or not is confined to the data for those transactions that actually made it all the way to service completion. And because analytics often begin at the point where transactions execute against the stack (ignoring the carriers, gateways and middleware in between), we’d never know that there is often a morass of timed out logins, failed transactions, lost states and interrupted sessions out there in the real world. Unless we actively monitor that part of the service landscape, that is. And that’s where Apogee comes in.

When our customers are first presented with the real-time Digital Experience Monitoring (DEM) data that Apogee provides, they are almost always surprised, then a little shocked, and then driven to bring more visibility to their digital channels by expanding their DEM initiatives. That is, of course, after the immediate initiatives are put in play to isolate and correct the newly uncovered service issues. After all, the whole point of DEM is to improve service quality. 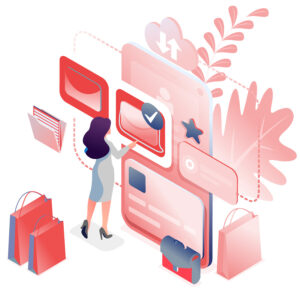 Let us illustrate using the following case study for an application issue that Apogee discovered.

Apogee was deployed as part of a migration and expansion project for a client – a mobile network operator. We implemented the first synthetic transaction test, and within hours noticed the success rate was hovering between 80 and 90%. A second synthetic test was implemented on another channel and the same success rates were observed there, which doubly confirmed the findings. The operator was heretofore unaware of the relatively high transaction failure rates, and was at first incredulous of the findings. Honestly speaking, this scenario is familiar territory for us by now, so we patiently and politely stuck to our guns…

One of Apogee’s newly implemented features is that the raw USSD output, as received by the network, is visualised and stored for each synthetic test, and we observed via the dashboard that the returned outputs for the failed transactions were empty return strings, and even more frustratingly, these events appeared to be completely random.

While there were no user complaints at this point, with Apogee still indicating between 10 and 20% failure rate, the investigation was shifted towards the backend application, where further traces were run, and network captures were taken and sent to the application vendor for analysis.

After reviewing the traffic captures, the software vendor immediately recognised the problem and that there were some small changes to be done to a gateway component. The software vendor formally acknowledged the issue, and provided a patch. After a few days of testing in the staging environment, the customer was satisfied that the fix was stable and implemented the patch in production. The measured success rate improved immediately, as expected.

So, what are the common lessons to be learnt here?